“But I still hear the call of the blood”: Heart of Glory 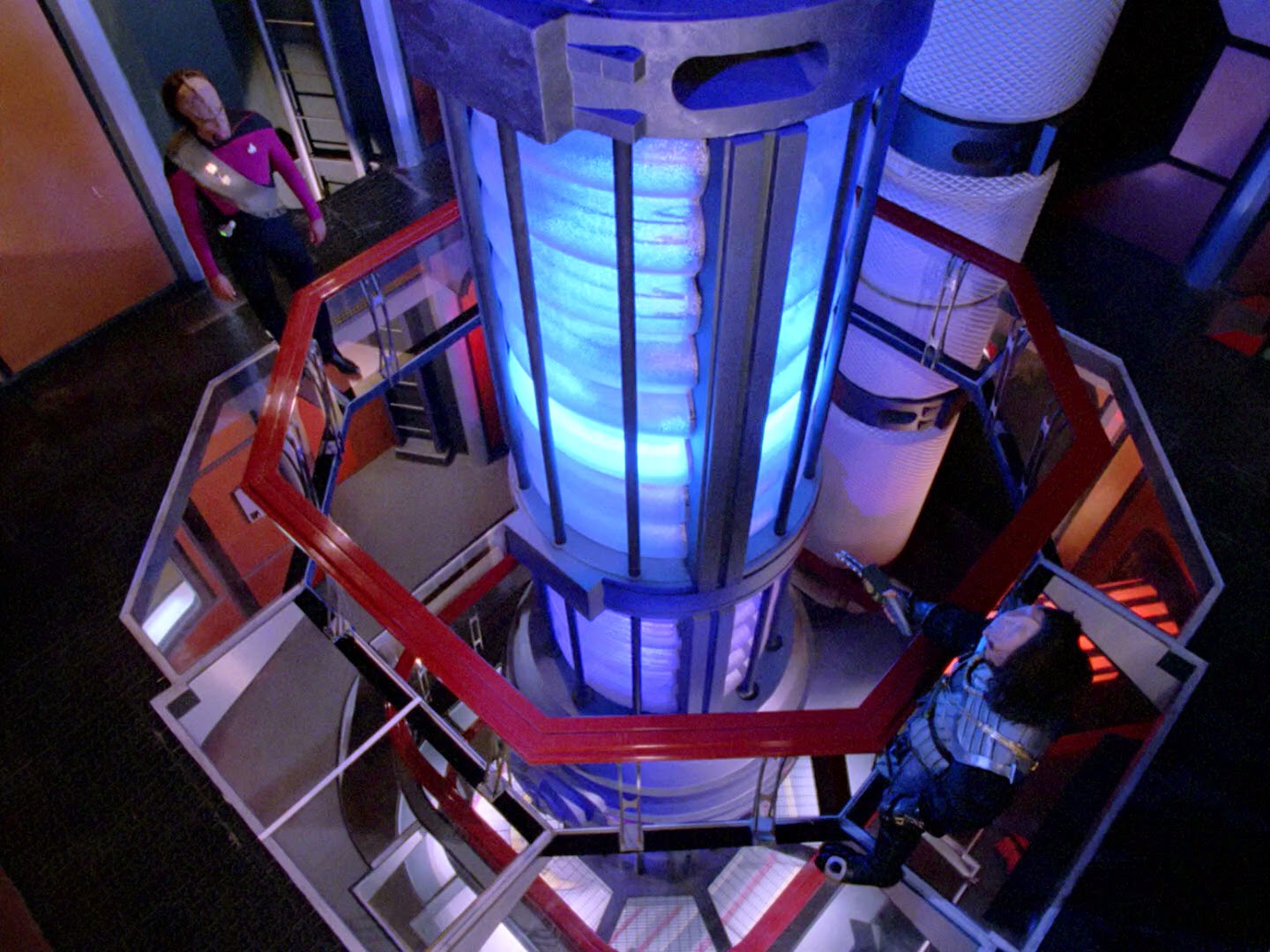 Like most of the first season, “Heart of Glory” is a moment notably effaced in the standard historical record. It is, quite obviously, designed to be the first big Worf and Klingons episode. According to fans, the first big Worf and Klingons episode is “A Matter of Honor” from next year, which is curious, considering that episode is far more about Commander Riker. It's especially frustrating for me in this regard, because not only is “Heart of Glory” itself very good, it's also the episode I always saw as ushering in the part of the first season that (with one notable exception) starts to get really consistently confident and adventurous.

This is not a story about Klingons, at least not entirely and not to the extent any of the Ron Moore penned stuff will be. Nor is it some angst-ridden character story about Worf where he's forced to decide where his loyalties lie. There is never any doubt Worf will remain loyal to the Enterprise: In fact, the entire episode hinges on setting up a double feint where Captain Picard, Commander Riker and Tasha Yar (and, metatextually, us) all begin to doubt and mistrust Worf's intentions with Klingon reactionaries aboard only to feel really ashamed at the end when Worf delivers a stirring speech about how true honour and glory lies with doing battle with your inner demons and trying to become a better person. It's a bang-on perfect Star Trek: The Next Generation brief, which is all the more astonishing considering it was bounced around between four different writers like a hot potato. “Heart of Glory” is in truth a deeply touching commentary on empathy, personal journeys and where you make your home, and as good as some of the future Worf episodes are going to be, there's an undeniable and irreducible idealistic maturity to this episode that gets lost under every single successive creative team to handle him and his people.

In some respects then “Heart of Glory” is another Original Series/Phase II revist, in this case John Meredyth Lucas' “Kitumba”. That episode concerned a top-secret mission to the Klingon home world where the Enterprise crew had to stop a civil war that would have put all of local space at risk, all the while learning that while Klingon culture is very different to ours, it's still manifestly a culture of its own that we must respect. D.C. Fontana worked on this script briefly, and she at least was surely aware of “Kitumba”, having been on Phase II's staff as well. When viewed this way, “Heart of Glory” does seem to be a bit after its time, considering the Klingons are manifestly supposed to be our allies now and thus “Kitumba”'s central punch no longer quite seeming to deliver or by necessary. However, “Heart of Glory” does hedge against this by going out of its way to paint Korris and his crew as reactionary fundamentalists obsessed with returning to an imagined past Golden Age of glory and honour. And that's an important message to deliver, especially at the time this aired when the world was on the cusp of becoming far more networked and right after a major incident of counter-revolutionary fervor: Once again, the spectre of the Neoconservative revolution and the Iran-Contra scandal, so fundamentally intertwined, looms large.

Incidentally, my memories of “Heart of Glory” led me to assume at first Korris and his crew were actually from Kirk's time and had been trapped in temporal stasis before being discovered and awakened by the Enterprise. It's probably the use of that re-edited shot of the Battle Cruiser from Star Trek: The Motion Picture that got me thinking that. But it's still an interesting idea to examine from an iconographic perspective: You could read “Heart of Glory” as a commentary on the politics of the Original Series through two contrasting sets of Klingons. Perhaps it's comparing reactionary counter-revolutionaries to the sorts of fan who can't accept the Original Series is a thing of the past and Star Trek: The Next Generation is the new reality. And on top of that, it's depicting the simplistic ideology such people glorify as counterproductive, misguided, retrograde and dangerous.

But an episode such as this would have been effective at any time, and especially at this point in Star Trek: The Next Generation's internal episode structure. Fittingly, considering it follows “Coming of Age”, “Heart of Glory” is about establishing the Enterprise as Worf's proper home. Yes, we get a lot of his backstory introduced here: The Khitomer massacre, being raised by an adoptive human family, how of him and his adoptive brother he was the one who stayed in Starfleet Academy. And yes, later production teams will extrapolate mightily from this, delivering the convincing illusion it was part of some clever foreshadowing for a new story arc instead of what it actually was, which is something Maurice Hurley made up off the top of his head in a panic one weekend because he had two days to deliver the script for next week's show.

The point of that scene is ostensibly to point out how Worf is a perpetual outsider who will never really quite fit in anywhere, and certainly that's the reading that takes and goes on to define his character in the eyes of subsequent writers and fans. But I don't think that's what's actually going on here: Worf never denies he's a Klingon; he never once renounces his heritage or claims to not understand the things other Klingons do (Korris tries to manipulate him into thinking that, but it's clear Worf isn't going to fall for it). But what Worf is trying to prove, at times to himself as much as to his compatriots, is that he's a different breed of Klingon. He's a Klingon who sees honour not in glorious battle per se (though he does enjoy it every once in awhile), but in meeting the challenge to better himself each and every day. Worf sees honour in doing honourable deeds and acting out of loyalty: He takes the role of warrior metaphorically, not literally. And *that* is a very Star Trek: The Next Generation worldview to come to and why he belongs on the Enterprise, because it's on the Enterprise where he can live amongst the people who truly are his comrades and peers. It matters not to Worf if they're Klingon or human, what matters is only that they're travellers.

(Ironically, it's not the Klingons as they'll develop over the course of Star Trek: The Next Generation and the later Dominion War that Worf is most similar to here, but rather the Klingons of “Judgment”. Yes, it takes almost all of Star Trek's revival era for the Klingons to start to work again.)

And this is perhaps why the episode opens with that otherwise puzzling and lengthy segment about Geordi's interlink device, a wonderful machine that allows the Enterprise crew to basically literally see through Geordi's eyes. I mean, the allegory pretty much explains itself, doesn't it? Captain Picard even gets that truly lovely line where he tells us “Now I'm beginning to understand him”. On one level, Geordi is simply sharing his positionality with us in one of the most profoundly loaded ways imaginable. but also, Geordi is himself very special in terms of the narrative: He sees *everything*, so he's already a character about whom we could say has a more enlightened view of things from the start. So, by sharing with us what he sees the way he sees it, we're not just gaining understanding of Geordi's perspective, but of a multitude of perspectives. And naturally this is Geordi, LeVar Burton, the children's educator. A person whose entire life, diegetically and extradiegetically, involves teaching us about the world and helping us to open our eyes and see it in new ways. And people wonder why I call him the heart and soul of Star Trek: The Next Generation.

With that in mind, you might wonder if Captain Picard, Commander Riker and Tasha Yar are acting out of character for the rest of the episode given how quick they are to distrust Worf. Riker I will say seems a bit off (he's unusually grouchy on the freighter when Geordi and Picard are talking), but Patrick Stewart, as usual, seems to push back against any problematic bits we might have expected Picard to get saddled with, and I'm sure any of that sort of thing can be explained by the tumultuous production history this story went through. As for Tasha, well, I'd say she was acting out of character if I thought she actually had a character to be acting out of in the first place. Sadly, Denise Crosby really has been reduced to just spouting random bits of exposition as the plot demands by this point. She does get two more good episodes coming up, but no surprises that one of them is her farewell performance. And speaking of foreshadowing, we get another hint about trouble brewing with the Romulans in the Neutral Zone here. In fact, “Heart of Glory” works so well as the start of that story arc it basically effaces “Angel One” completely, not that anyone was going to miss it. Certainly Picard's “Now there's a name we haven't heard in a long while” makes no sense otherwise.

“Heart of Glory *works*. It's *good*. As has clearly become the norm for this season, it's dreadfully underrated largely because it's not the sort of thing fans expect to see when they turn on Star Trek: The Next Generation. This doesn't mean it's bad, in fact, I daresay it does some things that the rest of the franchise frustratingly forgot how to do (and does them *well*, to boot), much to its detriment. 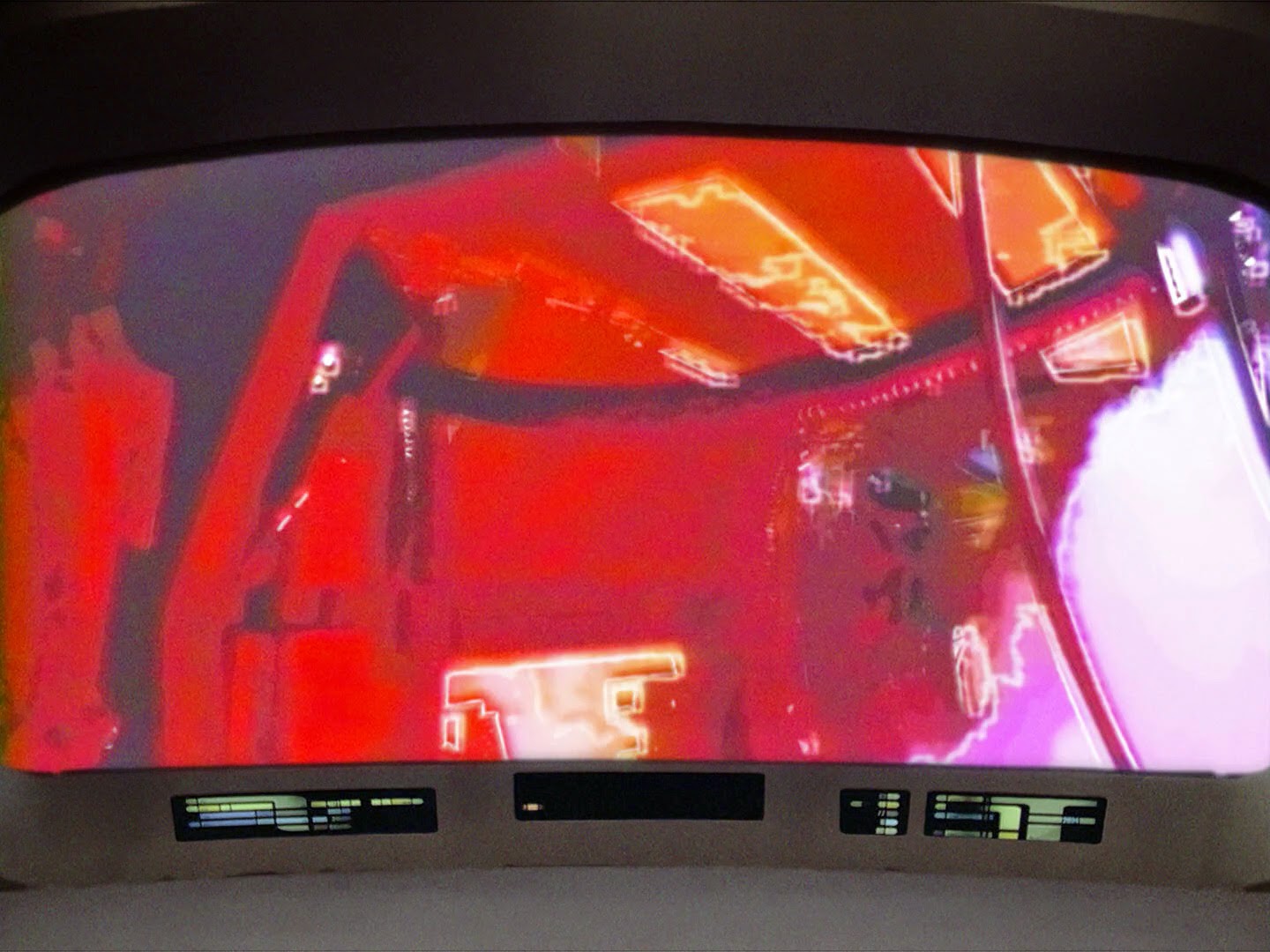